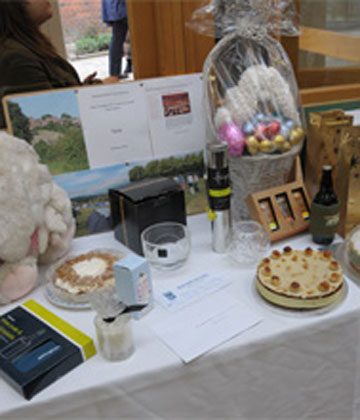 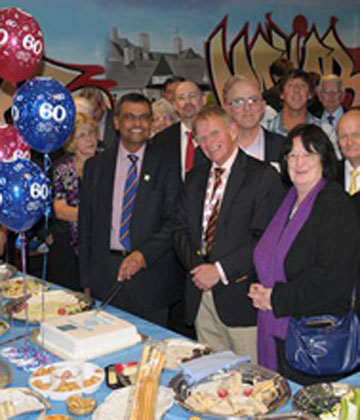 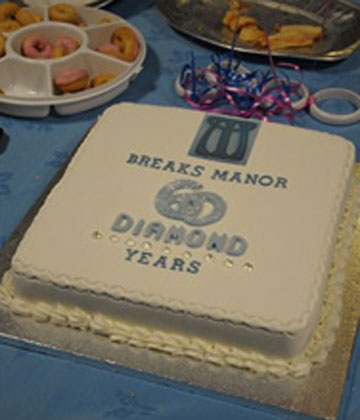 In the past year, we at Breaks Manor have had two outstandingly successful fundraising events:

Our Diamond Jubilee Buffet and Dance, featuring 50’s and 60’s tribute band, The Runaway Boys. Attendance was around 150 and an enthusiastic crowd of “old timers” relived the parties of their youth. All those present were reminded that Breaks Manor was and remains a great centre of music-making.

A Traditional Community Coffee Morning held at Hatfield House, at the kind invitation of Lady Salisbury, our Honorary President. Colourful stalls featured the traditional Home Produce, Plants and Flowers, Books, CDs and DVDs, and lots of Unwanted Items (we used to call it White Elephant) just waiting to be discovered. O.K., a lot of work, collecting and displaying the many items for sale, running a raffle, all the traditional components of the traditional Coffee Morning, but what a magnificent team effort. The substantial profits (£1600) were shared between Breaks Manor and the young people of St Etheldreda’s Parish.

So the search is on for new ideas. Would you like to:

Help us to run a 70’s-80’s Disco , building on the success of our Diamond Jubilee?

What about an X-Factor/Breaks Has Got Talent Show? Again, a lot of work: holding auditions, planning the programme, arranging the publicity. Would you like to roll up your sleeves and pitch in?

The Community Coffee Morning (held in April) is likely to become an annual event. Let us know if you would like to join the team.

If you’re interested and would like to come along and talk about your ideas, please get in touch.